Protect your family and house contents with Technology

How Secure is your home and family?
Home security is a big concern and if you are away or you just want to be able to monitor what is going on in your house, if it's for safety reason or even just to keep an eye on the kids in the other room then these light bulbs are amazing.
If you are a filmmaker you may also want to get some easy security type footage for your next film.
Security Fisheye Light Bulbs
But back to security , here is a breakdown in AUstralia as to the statistical data for home invasions.

Burglary is classified as any offence involving unlawfully entering a house or other building to steal property, usually at night; the statutory offence of entering a building as a trespasser (or without consent of the owner) with the intent to steal anything in the building.

In 2015 Australia had the 5th highest rate of burglaries in the world. The four countries with higher rates of burglary than Australia in 2015 were all located in Europe and had much smaller populations. 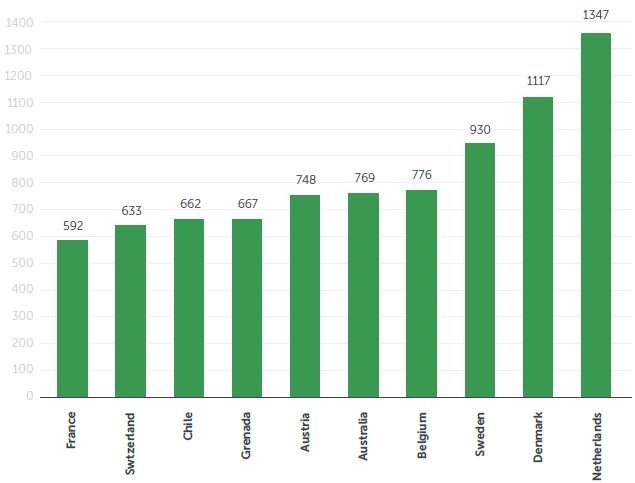 1.5% of households in New South Wales had an attempted break-in, with a total of 43,400 incidents reported to local authorities.
New South Wales saw 25.5% of all burglaries that took place in Australia in 2017.

2.1% of households in Victoria had an attempted break-in, with a total of 48,600 incidents reported to local authorities.
Victoria saw 28.9% of all burglaries that took place in Australia in 2017.

2.2% of households in Queensland had an attempted break-in, with a total of 40,700 incidents reported to local authorities.
Queensland saw 16.4% of all burglaries that took place in Australia in 2017.

2.3% of households in South Australia had an attempted break-in, with a total of 15,800 incidents reported to local authorities.
South Australia saw 5.8% of all burglaries that took place in Australia in 2017.

1.6% of households in Tasmania had an attempted break-in, with a total of 3,300 incidents reported to local authorities.
Tasmania saw 1.9% of all burglaries that took place in Australia in 2017.

The Australian Capital Territory saw 1.6% of all burglaries that took place in Australia in 2017.

An analysis of objects stolen in Australian burglaries revealed the top ten items most likely to be stolen. Changes in these items over a decade mirrored changes in technology and changes in what is considered to be ‘hot items’. Hot items refer to items that are valuable but also easy to dispose of or sell.

Ensuring that these kinds of items are either locked away in safes or secure locations when not in use help protect you from theft. If you are known to store cash and other valuables around the home, you can make yourself a target for multiple thefts. Burglars have been known to wait until you have replaced stolen items and then target your home for a second burglary.

Survey of DUMA (Drug Use Monitoring in Australia) detainees

Over the past decade Australia has seen a steady reduction in home burglaries year on year. In 2015 a study was conducted of police detainees found guilty of committing breaking and entering offenses to gain their insights on the current state of burglary in Australia.

Reasons for decrease in property crime

The detainees were asked to determine perceived potential causes for the decrease in property crime.

Reasons for targeting a premise

The detainees identified two main areas of focus for targeting premises, a lack of activity around the property and the visibility/attractiveness of the property.

Lack of activity was indicated by:

Participants were questioned on what they perceived to be mistakes that residents made that identified their homes as potential targets for burglary.

The detained burglars were asked if the following factors would deter them from attempting to enter a property.

A lack of security measures around the property is one of the first thing burglars check for when selecting a target. Fake or poorly implemented security systems that could be easily disarmed were not counted as a successful deterrent.

Most common method of entry

When asked what their most common method of entry into a property was the respondents said the following.

Leaving doors and windows unlocked were the two preventable methods that burglars identified in the top four most common methods, with unlocked doors being the most common means of entry to a dwelling. As ¾ of burglars decide on committing their crime away from the site and then search for suitable targets, locking doors and windows can be the first means of discouraging burglars from selecting your house as a target.

A survey conducted by Budget Direct Home Insurance ascertained the behaviours and attitudes of 1000 Australians regarding home security and burglary. The results revealed that the average Australian is taking unnecessary risks with their property and belongings and has a fairly lax attitude toward home security and insurance protection.

35% of people said that they regularly leave a spare key outside their property, with younger people having a higher tendency to leave a key outside than older people. Of those whose house had been broken into, they were more likely to leave spare keys outside.

Unless your key is hidden in a secure location, the usual hiding spots, underneath the doormat, under a pot plant or on the windowsill, are no longer a secure option. If you have a backup key within easy reach outside of your house, it might be time to consider other options, such as leaving your key with a trusted neighbour.

58.7% of people said that they regularly allowed couriers to leave packages in plain sight outside their property.

Anyone walking by on the street is capable of snatching your packages right off your doormat, no breaking and entering required. To prevent your packages from being stolen, choose the signed delivery option and collect your delivery from your local Post Office or alternatively, find a trusted friend or neighbour who can accept the package for you.

While it certainly is true some neighbourhoods are affected by burglaries more heavily than others, no neighbourhood is completely free from danger. Experienced burglars are always looking for new neighbourhoods to target to ensure that they stay off police radars and aren’t linked to multiple crimes in the one area.

Owning a security system is not a 100% failsafe method of protecting your home from break-ins, it is a great deal safer than having fake cameras or nothing at all. Most criminals are familiar with the most popular ‘dummy’ units and won’t be put off by them. In the event a break-in occurs, the captured footage from your security system can provide evidence to police or an insurance company for a claim regarding contents insurance.

However the DUMA study found that unless burglars could see a more tangible indication that a dog lived on the property, a simple sign would not be enough to put them off. Burglars want to enter your property as quickly and quietly as possible and a barking dog is sure to disrupt these plans.

While the costs associated with repairing the damage to your home affects homeowners more than renters, the costs of replacing the stolen contents is the same. Owning or renting, when it comes to theft, burglars don’t discriminate. Ensuring you have a safety net in case things go wrong can help you recover more quickly and lighten the burden of replacing your stolen items.

The best advice for preventing burglars targeting and breaking into your home is to make sure everyone in the household understands the risks. That way everyone can ensure they lock all windows and doors when leaving the property, bring all valuables inside and maintain the appearance that the home is not vacant by bringing in the mail regularly and not leaving the bins out for extended periods of time. If you are going away, leave a light on inside the property and get a friend or trusted neighbour to bring in your mail and see that the bins are not left on the curbside. This way you can reduce the risk of your home being targeted by burglars looking for easy marks.

Sometime you can't prevent from being broken into but you can increase your chances of a conviction if you have the footage recorded.

With the notification to your phone then you can contact the police and have then there in time to catch the criminals.

These security camera bulbs can be fitted to anywhere you currently have bulbs and can even be fitted to lamps to have more angles.

You can see our range of security bulbs here